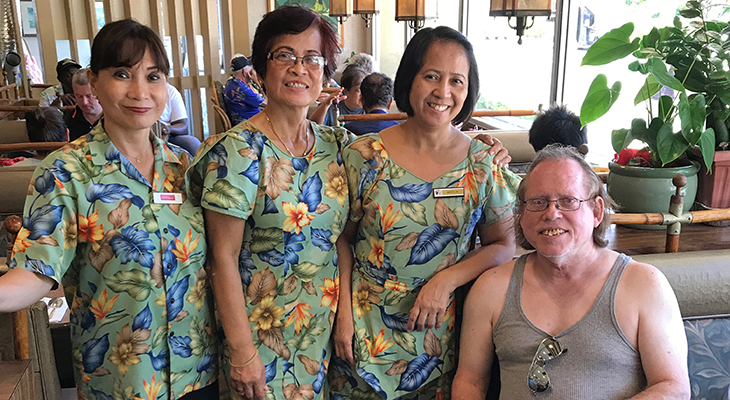 Richard Bordner could not think of a single reason to give up his dream to visit to Hawaii. He has been part of The Arc community for many years, lives with two roommates, and has a good job with the evening janitorial team in the main York Road office. Besides, one of his roommates traveled to the western U.S. last year with the help of The Arc staff.

Community Living Coordinator Melissa Meyers asked Richard to list his preferences (dates, budget, activities, etc.) and meet with Consumer Banking Specialist Susan Plitt to make sure he had the money to cover everything for himself and a staff member.

“I booked the plane tickets and hotel room; everything was a go until the week before takeoff when his staff travel companion became too sick to fly,” says Melissa. Yasmin Williams, who previously worked in Richard’s house, was delighted to be a last-minute substitute. 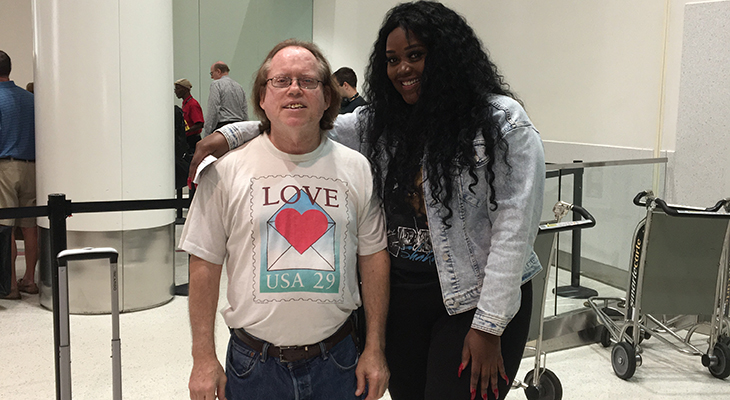 They stayed at a Waikiki resort that became their headquarters for an ambitious week that included a bus tour of the entire island, time at the beach, a submarine ride, a luau and lots of shopping. 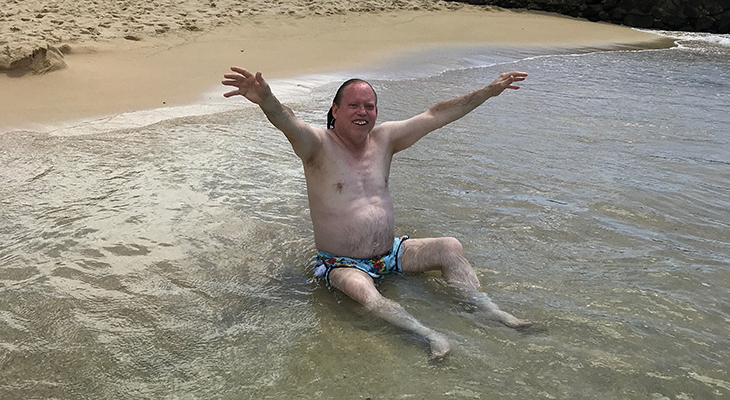