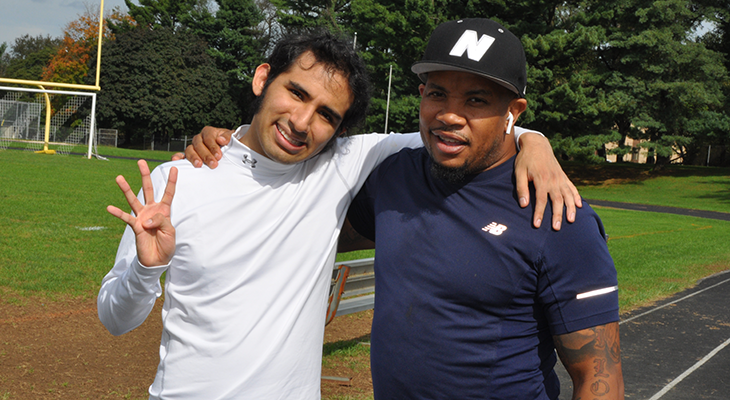 Eric is 23 and thrives on art, movies, running, swimming and lunch at Chick-fil-A. The Dulaney High School graduate pursues each with vigor; for him there is no half way. Three to four miles is an average run three days a week. Every lap Eric swims is like he’s going for Olympic gold. He receives awards for his drawings, and his photographic memory calls up details of hundreds of films, including their ratings. He sees at least three movies a week.

Eric’s gifts and challenges are all part of his autism. Although he lives at home, he requires one on one help on weekdays to channel his enthusiasm and guide him toward positive interactions to the best of his ability. In early 2017, Eric’s family contacted The Arc for guidance, and it was program manager Trish Daniels’ responsibility to find the right direct support staff member to work with him.

Daniels’ approach comes from 29 years at The Arc and an appreciation of human nature. “There is no formula for matching an individual receiving services and a staff person,” she explains. “It’s about quality of life, so I have to believe I will know the right candidate during their interview. Sometimes, I put myself in the parents’ place and wonder what I would do for my own kids,” says the mother of seven children ages 10 to 30. “Eric needs someone with energy and patience. Especially energy,” she laughs. That someone is Teddy Scroggins. Trish says, “He was excited and ready to go as soon as we began talking about Eric.” 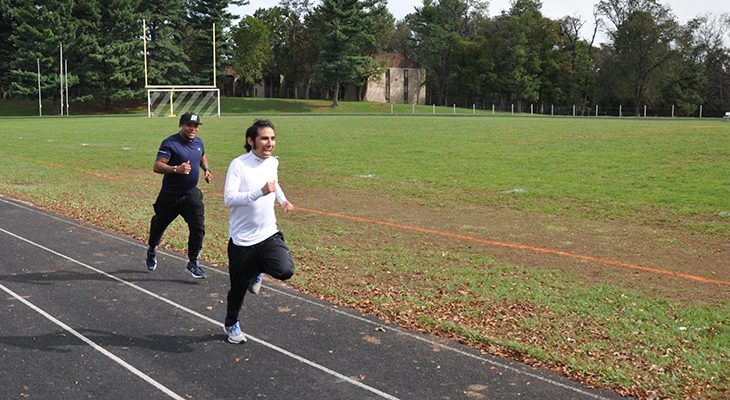 Teddy has lived in Baltimore all his life and has a master’s degree in human services from Pennsylvania’s Lincoln University. He pursued a doctorate but decided to shift to direct support, like his parents. “They worked with what they called ‘people with unique abilities,’” he says. His mother was a registered nurse at Spring Grove Hospital Center in Catonsville, which is the nation’s second oldest psychiatric hospital. His father worked at Clifton T. Perkins Hospital Center in Jessup, Maryland’s maximum security forensic psychiatric facility.

After 18 months, Eric and Teddy are a pair on a mission. Teddy is twice as old but equally athletic. Where Eric is impulsive, Teddy is laid back; he has a son Eric’s age and a one-year-old daughter. Eric wants things his way but can be vulnerable, so when they’re shopping Teddy holds onto Eric’s wallet—with his permission. 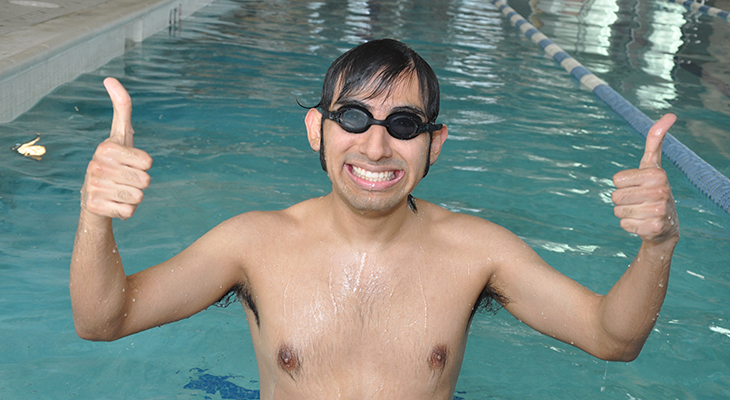 Aside from working out and movies, their routine involves medical appointments, sign language classes, and speech therapy. “Eric sometimes vocalizes sounds that people don’t understand, but they’re just part of who he is,” says Teddy. “Not everyone knows what he says, but I do.”

Teddy and Eric’s family communicate regularly, another vital component of the support plan. How does Trish Daniels describe the relationship she facilitated? “It’s simply awesome,” she says.