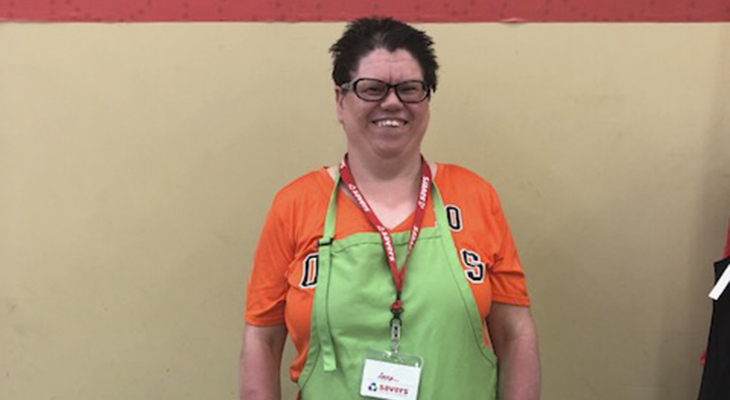 Anna Denmyer graduated from the Baltimore County Public School system receiving her certificate and began working on temporary job at Unifirst in 1999. She officially entered The Arc Baltimore for service September 1999.

She has also worked for other organizations such as: The Y, JJ’s Everyday Café, Holiday Inn and Goucher College. She loves to travel and some of her most enjoyable trips include Disney World, Outer Banks, Ocean City and a Bahamas Cruise.

She was hired by Savers Thrift Store in August of 2017 as a Clothing Team Member. She transitioned very well in her position and increased her speed with placing new merchandise on the racks for shoppers. The management team and team members love her and her work and she has now been successfully employed with Savers Thrift Store for nine months. She has great attendance and a very bright future with this organization. We recently interviewed Anna about her work experience and this is what she had to say. 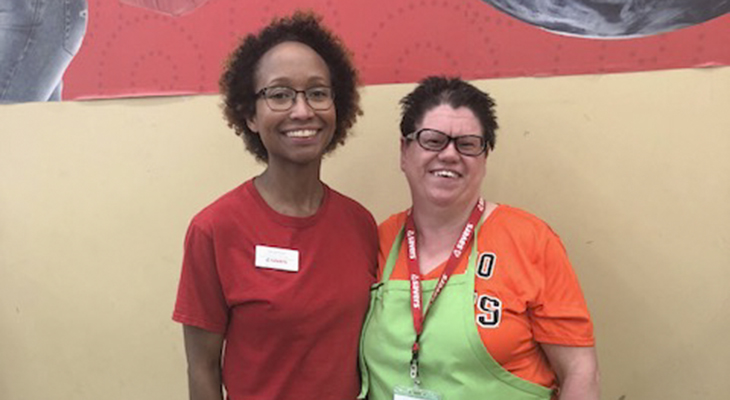 How did you prepare for your interview?
Ms. Reavis took me to the interview and we talked about what they were going to ask.

Were you nervous?
I was just a little nervous because it was new and I had never been to Savers before.

How did you feel when you found out you got the job?
I was happy because it gave me something to do and now, I don’t have to sit around the house all day.

What is the best part about working?
I have people that help keep me busy and, I like getting a paycheck.

How does working make you feel?
I feel glad and independent.