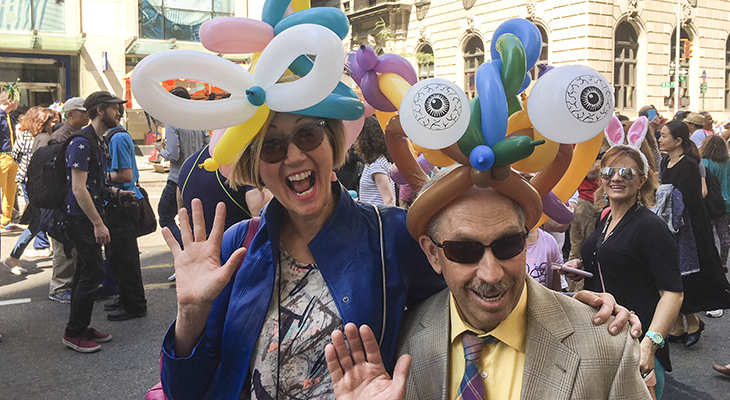 It all began with the scrambled eggs.

Chris visited me in NYC about six months after our father died. We had a blast doing many fun activities ranging from visiting the top of One World Trade Center to wearing funny balloon hats at the Easter Parade on Fifth Avenue. While Chris was amazed that the elevator for the new World Trade Center can go up 100 stories in ONE minute and he felt like a movie star with people asking to take his picture while wearing his two eyed balloon hat, the topic he talked about the most after the trip was how he made scrambled eggs! I learned this after speaking with the staff at The Arc Baltimore. This story made me rethink how I was approaching my relationship with Chris and gave me hope for something bigger.

I never really thought about the question, what it means to have a relationship with my brother with an intellectual disability. I am the oldest of 5 children. Chris was born 15 months after me. While Chris is now 56 years old, his intellect is youthful as he enjoys watching the Munster’s or slapstick humor and calling people silly names with mine being Daddy Long Legs.  And, he is also a responsible adult who works for Home Depot helping people load their cars. He has worked there for 18 years and loves his job, boss, co-workers, customers and they love him back. 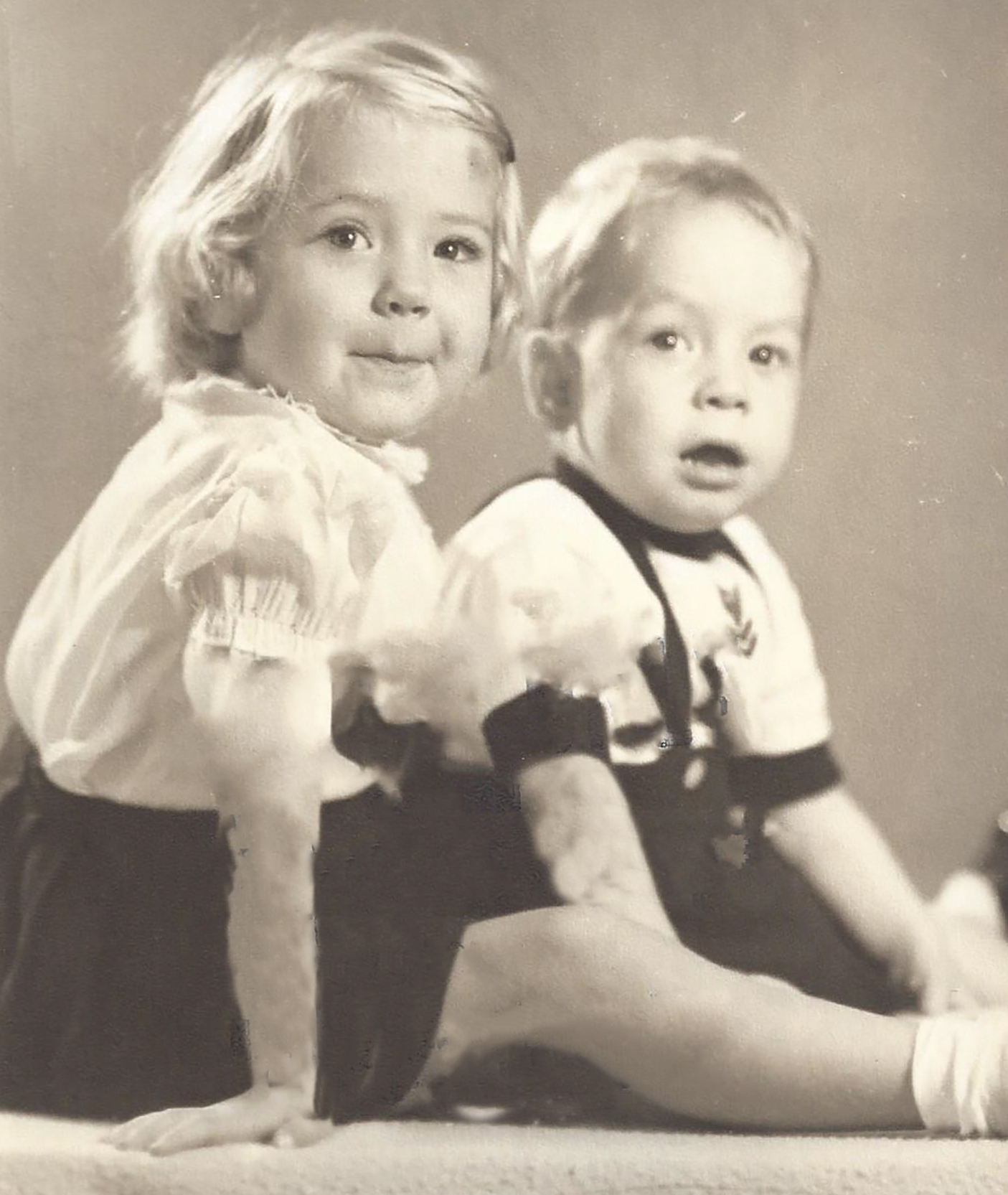 I chose to move to NYC after graduating from college and never returned to Baltimore, visiting once or twice a year. Chris lived at home until his late 30’s and then moved out and shares an apartment with his friend from the first grade – Arthur. Chris and I continued to engage in our favorite activity when I visited which involved taking long bike rides where we would race like young children to see who could ride faster or get home first.

Fast-forward to 2017, both parents have passed away rather suddenly within 11 months of each other. Chris was extremely close to my late father, having spent most weekends at his cottage on the Eastern shore of Maryland. At my father’s funeral, everyone rallied to support Chris who was still in a state of shock. While my heart ached for my brother, I realized that I didn’t really know what Chris needed. I wanted to take action so I volunteered to take the lead role in regards to managing the family’s relationship with The Arc. This led me to start asking three questions.

I return to the scrambled eggs.  I wondered if I was so surprised that Chris bragged about his cooking scrambled eggs because I thought of Chris as a disabled adult with limited potential. In other words, I was thinking of Chris from a fixed versus growth mindset as described by the renowned Stanford psychologist Carol Dweck in her seminal book, Mindset.  As his sister, I was embarrassed to admit that I still viewed Chris from a fixed mindset which meant that I saw his abilities as set in stone. Chris had a good job, friends, was an active member of the The Arc community, and enjoyed many activities from bicycling to bowling. What more could a person with an intellectual disability want? But, Chris’s excitement over mastering scrambled eggs made me realize that I had an outdated view of my brother.

When Chris came to visit me he was crying every day and running to the bathroom constantly. I asked Chris if he knew how to care for his upset stomach? He said he was given Pepto-Bismol. I concurred that was a good idea. I asked if he knew what foods to eat that might not upset his stomach. He said “No.” Given that it was breakfast time, I shared that scrambled eggs and toast might help settle his stomach. I asked if he knew how to cook them, and he said he didn’t, but that he did know how to cook certain things such as hamburgers.  I asked if he wanted to learn and he said sure. Chris seemed to embody an enthusiasm for learning as he struggled to loosen up his wrist while beating the eggs. I explained that he needed to beat the eggs until bubbles appeared. Chris being very strong preferred to muscle the eggs and became frustrated that bubbles weren’t popping up. So, I put on some playful music and we both laughed as we danced in our pajamas attempting to loosely beat the eggs together. Eventually Chris started swooshing the eggs to the music. In that moment of dancing and swooshing, Chris appeared to forget the loss of our parents, and I realized that Chris had a lot more potential. I just needed to make the learning process playful and safe. The next day Chris made the scrambled eggs for both of us mostly on his own and he beamed with pride as I shared how much I enjoyed his cooking!

I left our visit inspired. Realizing that the key to Chris’s recovery and mine too was to start viewing him from a growth mindset. This is the belief that Chris can continue to grow. I just need to stay curious about how Chris learns best which seemed to be when we can keep things light and playful. I became energized that my role with The Arc and as his sister is transformational; leaving me to wonder what will be our next learning adventure?