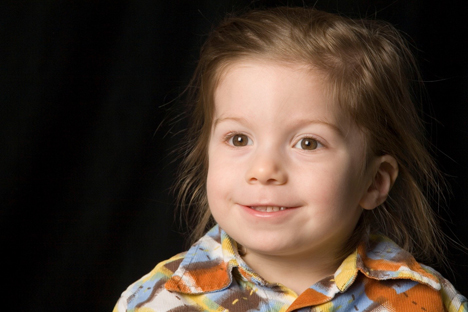 Note: In order to respect this family’s privacy, we did not include the name of the mother who wrote this story, and her child is referred to as E.

In Chicken Soup for the Mother’s Soul, Emily Perl Kingsley describes the experience of raising a special needs child in her entry entitled “Welcome to Holland…”

When you’re going to have a baby, it’s like planning a fabulous vacation trip – to Italy. You buy a bunch of guidebooks and make your wonderful plans. The Coliseum. Michelangelo’s David. The gondolas in Venice. You may learn some handy phrases in Italian. It’s all very exciting.

After months of eager anticipation, the day finally arrives. You pack your bags and off you go. Several hours later, the plane lands. The stewardess comes in and says, “Welcome to Holland.”

“Holland?!?” you say. “What do you mean Holland?? I signed up for Italy! I’m supposed to be in Italy. All my life I’ve dreamed of going to Italy.”

But there’s been a change in the flight plan. You’ve landed in Holland and there you must stay.

So you must go out and buy new guide books. And you must learn a whole new language. And you will meet a whole new group of people you would never have met.  After you’ve been there for a while and you catch your breath, you look around. And you begin to notice that Holland has windmills… and tulips… and Rembrandts.

As a family, we too had planned a trip to Italy. After all, we had been there once before, had seen the lovely sights, and we could not wait to re-experience the beauty a second time. Together with our six-year-old son, we eagerly anticipated the birth of our second child. E. was born on a regular fall day eleven years ago. His birth was uneventful, his Apgar scores were normal, and the doctors seemed pleased.  We were on our way to Italy.

But we landed in Holland.

Within a few months, it became apparent that E. could not support his head in a prone position. Tummy time did not work.  He simply could not hold the position and he ended up flat on his face, screaming. We also noticed an abnormal pattern in his eye movements. His body felt floppy to the touch, and his core was like one big mass of clay. As he progressed to eating real food at meal times, E. would continuously vomit until there was only bile left.  We ended up in the ER on several occasions to prevent him from dehydrating. By the time he was 6 months old, he had not achieved the typical milestones, and I was panicking. After consulting with a host of specialists, E. was diagnosed with Cogan–type Ocular Motor Apraxia, a visual disorder that affects one’s ability to track, and is often associated with mild developmental delay and speech difficulties as well as hypotonia or low muscle tone and Sandifer’s Syndrome.

Armed with several diagnoses that put E. at risk for developmental delays, we engaged both an OT and PT to assist us in supporting our son. We administered various medications prior to feeding and worked with feeding specialists in a quest to assist E. When E. entered a Feeding Day Program at a local hospital, we were cautiously optimistic that our prayers might be answered. All went well for two days until he gagged on peanut butter sandwich crackers.  His RAST indicated severe food allergies and we were promptly dismissed from the clinic; they were afraid to take responsibility for managing his diet without an allergist’s involvement. We added an allergist to our team, altered his diet to cut out all dairy, nuts, eggs, milk, potatoes, and red meat, and completed the feeding therapy regimen where E. suddenly began making progress. And, to top it all off, E. developed chronic asthma.

Throughout this most stressful year, we were dealing with massive insurance co-pays that became our responsibility, and the costs were prohibitive.  We also had a (by then) seven year old son who required time and attention. My hair began falling out and my weight dropped to an all time low as I struggled to juggle a job, therapy appointments, and an older son who desperately needed our attention. We did not qualify for income based aid, and yet, we were not making it

In a desperate quest for some kind of support, I phoned The Arc Baltimore.  Luckily, I reached the right person—an angel in every sense of the word. She allowed me to cry and became the bulwark in a storm that had become our lives. She confirmed that some funding was available to assist us on account of E.’s impairments.  These funds would become vital in paying for the medications, co-pays, Epipens, and inhalers that E. required in order to survive. My caseworker from The Arc also encouraged me to hire nursing students to care for E. when I needed a break and to allow me some much needed time with my other child. This respite care allocation saved our lives.

Over the years, we had different case workers who took a genuine interest in E.’s growth and development.  They held our hands as E. attended a daycare for medically fragile children, and when we transitioned him into a regular pre-school program, The Arc assisted us in obtaining funding for specialized equipment and additional assistance and shadowing.

At a certain point, E.’s therapists dismissed him with a caveat that we needed to consistently engage in activities that would strengthen E.’s core and in turn, his other muscles. We began earmarking some of our funding for private swimming and ski lessons to further strengthen E. We sent him to sports programs with regular children and were able to pay for additional assistance and special equipment.  Our caseworkers from The Arc celebrated every milestone as we emailed photos depicting E.’s progress.

Eleven years have passed. We may have landed in Holland, much to our surprise, however, we are well on our way, following a journey that was circuitous in nature, yet rich and fulfilling in so many ways.  Despite the many curve balls that we dodge or catch as we go about our daily routine, we have gained a renewed sense of appreciation for health and life itself. We partnered with the best, and with the loving support of The Arc, our physicians, and other angels we met along the way, we saw the beauty that Holland had to offer. E. is a high academic achiever, he skis, swims, and is still learning how to play baseball, basketball and football. We are so grateful to our partners at The Arc whose emotional support, financial assistance, sage advice, and constant encouragement, have placed Italy within our reach. In so many ways we have arrived.