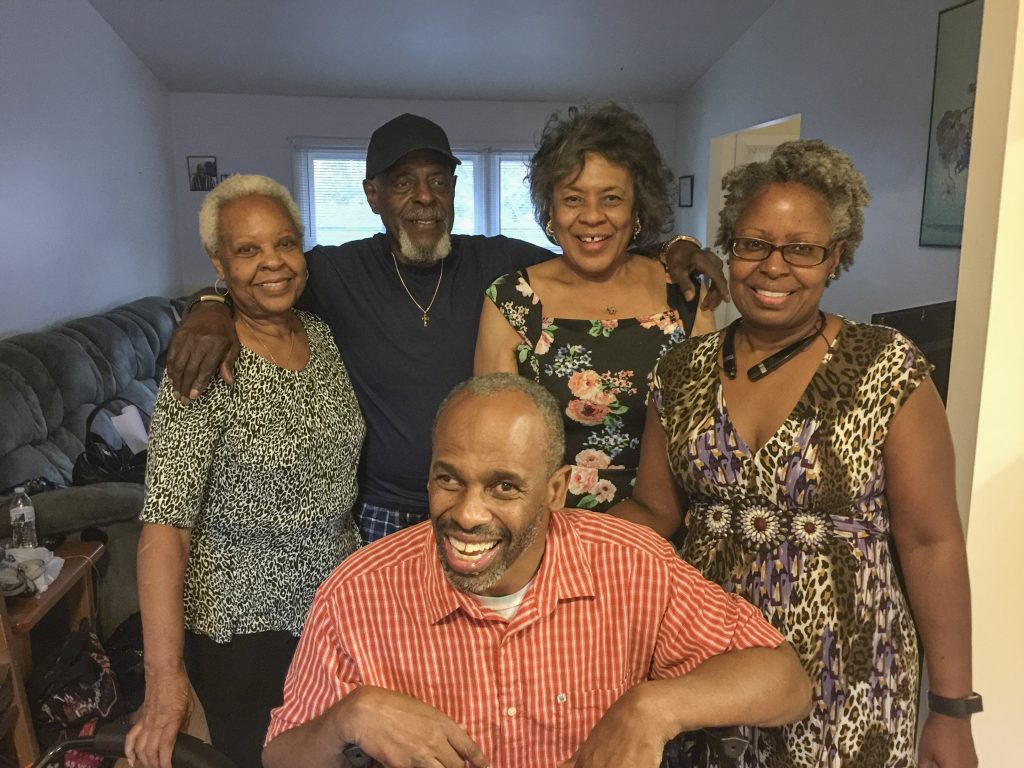 Just before Thomas Sessomes turned 59, he told his community living coordinator, Andrea Jackson, he wanted to throw a party at his home and invite friends and family.

Tom, who receives day and community living services from The Arc, paid for the party and asked Andrea to help with details. A few things were at the top of the list. One was a Ravens cake, and another was a visit from Ms. Nellie, his mother in North Carolina. It had been a while since they were together because her advancing age prohibits her from driving and she hesitates to travel alone.

“I said ‘Ok, Thomas, I’m going to do my best to make this happen,’” Andrea recalls. “One of The Arc’s goals is to support strong family ties.

“I called Thomas’s sister, Saretha, who lives nearby. Saretha decided right away to buy a train ticket for Ms. Nellie, with their Uncle Mack and Aunt B.J. coming along.

Their only condition was that the visit had to be a surprise. “It was awesome,” Andrea says. “I was overjoyed that Thomas was getting to see the family he hadn’t seen for a long while. But it was hard being around him and not giving away the secret.”

“When Thomas saw his North Carolina family walk in, the look on his big ole face did my heart good,” Andrea adds.