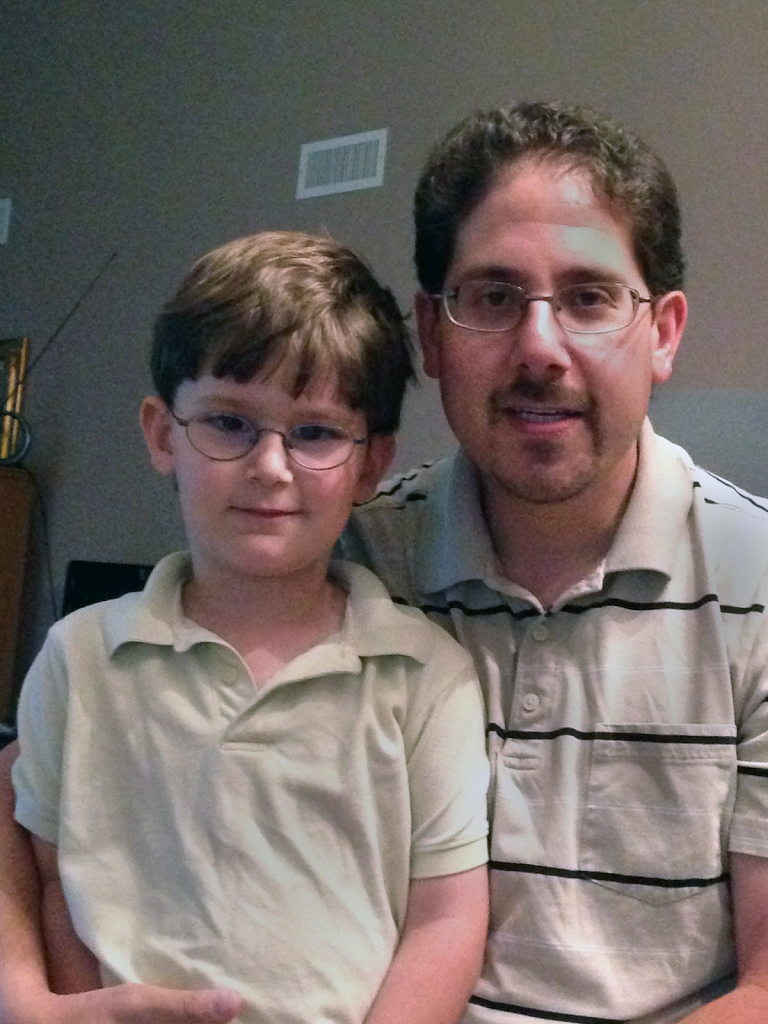 Being the parent of a child with a disability is a very lonely thing.  I don’t think I fully appreciated that before my son’s diagnosis of Autism.

We live in a social culture, surrounded by friends and family with whom we can talk about seemingly anything, and life is sunshine and happiness… and then suddenly, there’s a diagnosis and it seems to dominate every conversation.  And slowly but surely, you find yourselves alone trying to deal with it.

After our son’s diagnosis, my wife suggested that I start attending the “Guy Talk” support group at The Arc Baltimore.  I hadn’t previously even realized that such a thing – a support group for fathers of children with developmental disabilities – even existed.

However, I’ve never been against going to a support group, per se, but I’m a guy – I typically want to fix/do things, rather than sitting around in a circle with a name-tag on, talking about my feelings in some rote fashion.  (You know that’s the image that was in your head when I said ‘support group’, admit it.)   So, it took me a while to finally let her push me into going.

And attending was probably one of the best decisions I’ve made for myself, since the diagnosis.

For starters, Guy Talk is a small group – usually between three and eight or so men – that meets once a month for food and conversation at The Arc’s offices in Towson.  If someone’s new, there might be a brief around-the-table introduction of who we are, who our children are, the diagnoses and whatnot, but more often than not, the conversation strays into more comfortable territory.  The issues of what’s going on in our lives, how our children are doing, their achievements and recent stumbles.  We share resources and advice about how to make things easier or more fun in the outside world.  And we have a lot of time to bond in the commonality of the daily struggles we’re all having.

As one of the dads said in the most recent meeting, Guy Talk is one of the places where you can talk about the fact that your school-age child is finally nearly toilet trained, and have a group of men who not only don’t think it is strange, but are very supportive and proud along with you about reaching the milestone.  It’s liberating and affirming in our roles as fathers of these children.

And most importantly, it reminds us that we don’t have to feel like we’re alone.

So, if you are the father of a child with a developmental disability, come check out Guy Talk.  Come to get things off your chest, come to grab some food, come to just listen… but come join us dads there.

You won’t regret it.

If you enjoyed this guest blog post from T.J. Casser, you will want to check out his own blog entitled “Dad Enough” at http://www.dad-enough.com/ where he explores, with endearing wit, his role as a father of a son with autism.