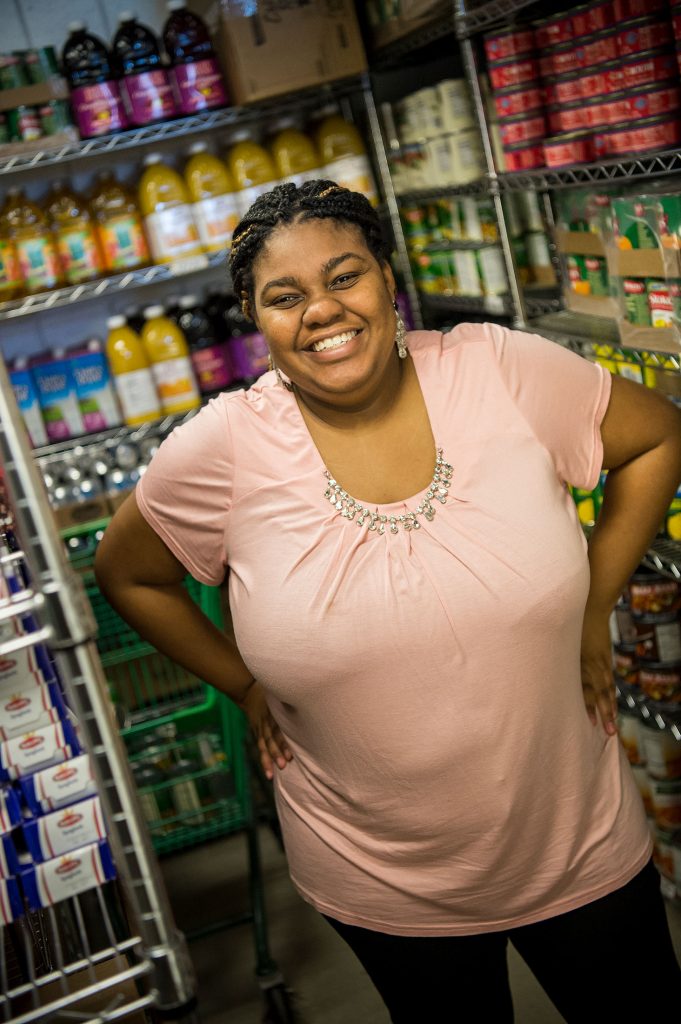 Rasheeda McCrae has found success through her commitment to helping families.

The first thing you notice about Rasheeda is her smile. She’s a little bit shy as she begins to explain how the food pantry is organized at The Arc Baltimore’s center in Dundalk. But she warms up to it and clearly knows where everything goes and what needs to happen so the pantry can assist hundreds of families in need each month, a figure that nearly doubles during the holidays.

The Arc opened up the pantry several years ago and has a number of partnering churches and groups in the area who handle the distribution to families. For Rasheeda and numerous individuals at the center, the pantry is a place to build skills and work with others — and to give back to the community.

Rasheeda is the first to say how much she has learned in the pantry and she now trains her peers to help with the stocking and bag preparation. When they get food donations, it’s a lot of work to get it all organized and prepped for distribution.

Rasheeda says she likes working in the pantry “because everyone should have enough to eat.” She adds, “When I was growing up, I didn’t have enough to eat sometimes.” On occasions, Rasheeda goes with staff to take a food package to one of the families closely affiliated with The Arc because they have a child with disabilities.  She says “it means a lot to me because I love to see the smiles on their faces when we give them the food.”

When she’s not at the pantry during the week, Rasheeda works at a nearby elementary school in the cafeteria – helping kids during lunchtime and cleaning up the tables. She also likes spending time with her two roommates at home where they are supported by The Arc.

One generally doesn’t notice Rasheeda is visually impaired as she moves through the pantry. She moves with confidence and proves she is capable – of just about anything.